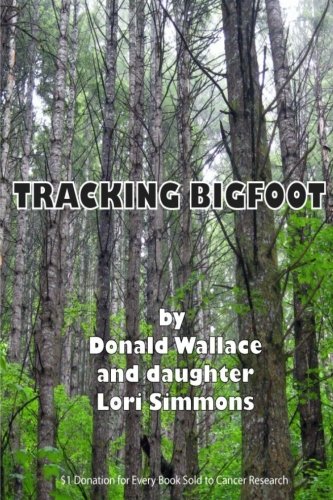 1 Donation to Cancer Research for Every Book Sold! After the passing of our father’s death we needed to fulfill a promise to him. That promise was to share my dad’s knowledge of tracking Bigfoot. It was our father’s dying wish to publish his book called Tracking Bigfoot. Our father Donald Lee Wallace was man who lived in the North Cascade Mt. for the past 30 years. He tracked Bigfoot for the past 28 years. He lived off the land and appreciated each day God gave him. My father battled cancer for many years. I believe that ...
Buy Now

Another great book from Rusty Wilson, Bigfoot expert and storyteller—tales for both the Bigfoot believer and those who just enjoy a good story! All new and original stories.Flyfishing guide Rusty Wilson spent years collecting these stories from his clients around the campfire, stories guaranteed to scare the pants off you—or make you want to meet the Big Guy!Come read about a Peeping Bigfoot — a Bigfoot who’s tired of tourists — a backpacking trip that nearly ends in disaster — a Bigfoot who takes lightning in stride — a woman who finds definitive proof of the existence of Bigfoot — and the pilot stranded at a remote Canadian lake surrounded by Sasquatch — all great campfire tales — but be careful, as sleep will elude you...“I think those who are fortunate enough to see Bigfoot may not realize their good luck—but they are truly blessed to have had a connection with another species that may be as smart as humans, even if it did scare the pants off them.” —Rusty Wilson This ebook is the equivalent of a 130-page print book.