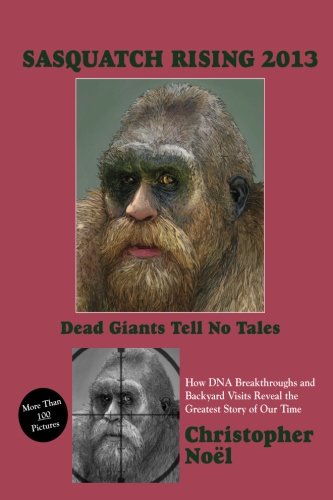 Bigfoot Observer's Field Manual: A practical and easy-to-follow step-by-step guide to your very own face-to-face encounter with a legend 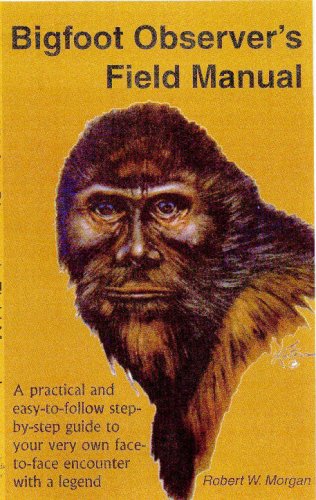 Robert W. Morgan is one of the first persons to seriously investigate and research the mystery known as Sasquatch, or Bigfoot. Robert has spent many years conducting active Bigfoot field research, and he has amassed a considerable amount of knowledge and wisdom.This book is for serious people wanting a face-to-face encounter with a legend. Robert gives the reader a step-by-step guide to follow. 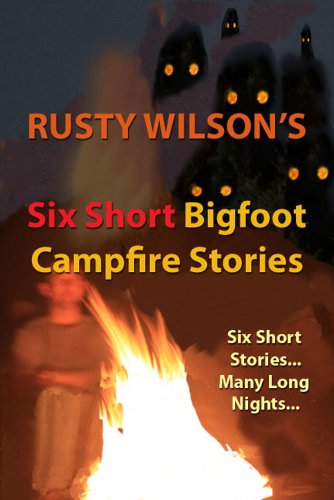 And now, your chance to sample Rusty Wilson’s great storytelling! This collection of six short Bigfoot stories isn’t really so short, it has 65 pages of fun and Bigfootness! Great for both the Bigfoot believer and those who just enjoy a good adventurous story! All original and new stories.Flyfishing guide Rusty Wilson spent years collecting these stories from his clients around the campfire, stories guaranteed to scare the pants off you—or make you want to meet the Big Guy!Come read about a territorial Bigfoot guarding a cave high in the Colorado mountains — a group of mountain bikers being stalked on a remote ride — a trio of mountain surveyors whose lunch is a bit too tantalizing — a night hike gone astray — the weather forecasting Bigfoot — and the kids who witness a Bigfoot picnic — all great campfire tales!65 pages, 6 stories in an easy to read eBook. But only if you dare..."I think Bigfoot is attracted to those who are like little children, who still see the wonder and miracles of the natural world." —Rusty WilsonAnd for more great Bigfoot stories, check out Rusty's other Bigfoot books, including "Bigfoot Campfire Stories," "More Bigfoot Campfire Stories," "Ten Intense Bigfoot Campfire Stories," "Bigfoot 12 Pack," and more, as well as Chinle Miller's "Ghost Rock Cafe," a Bigfoot mystery. 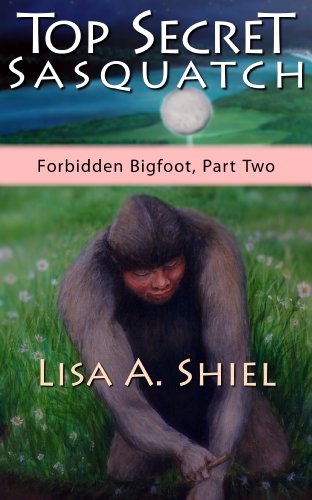 Hairy monsters. Flying saucers. Shattered bones. Bloody scraps of hair and skin. The world is a far stranger place than the scientific establishment -- or even the people who study the unexplained -- want you to believe. Bigfoot expert Lisa A. Shiel examines all the evidence, from DNA to eyewitness sightings, in this compelling and meticulously researched book. Peek behind the curtains of disinformation and explore the sensational truth about Bigfoot, from its connections with UFOs and other bizarre phenomena to the forbidden possibility that we may already have the bones of Sasquatch. Don't be left out -- get your copy of Top Secret Sasquatch today!-----An updated version of this text is available as part of the book Forbidden Bigfoot. 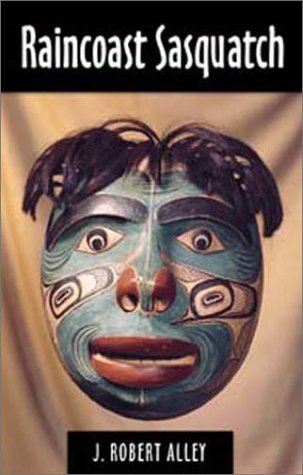 Bigfoot, Sasquatch evidence & sightings from Indian lore. Leave the civilized world behind as Raincoast Sasquatch takes you out into the rain-drenched forests of the Pacific Northwest on the trail of a living, breathing species of hominid, unlike any known primate today. Enjoy the mystery as you explore the existence of this elusive creature along the remote coasts of British Columbia and Alaska. Raincoast Sasquatch is an impressive collection of the first-hand accounts, historical reports and Native folklore that surround Bigfoot/Sasquatch. Sure to be enjoyed by believers and skeptics alike, this book will make you take a closer look into forests everywhere.

The Boy Who Cried Bigfoot! 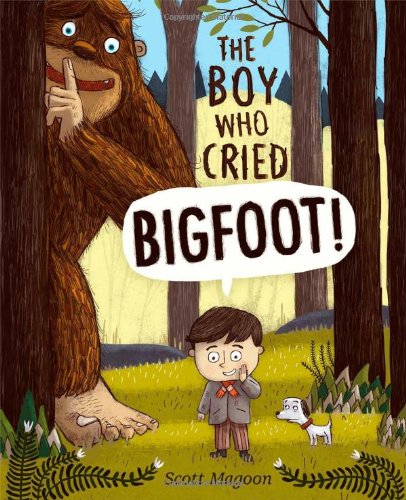 A classic tale with a timeless message gets a hugely hilarious twist.He’s big. He’s funny. He’s not real. Or IS he? This clever twist on “The Boy Who Cried Wolf” is told from the point of view of an unexpected narrator and, through snappy text and lighthearted illustrations, demonstrates the value of telling the truth, the importance of establishing trust, and (of course!) the possibility that a beast you created to get attention can become a real-life friend. 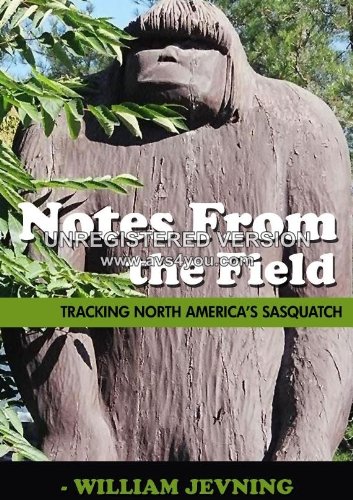 From the most ancient times of human existence, stories of strange man-animals have been passed down in legends and myth. Thses stories have been told in all parts of the world, and accounts from around the globe are all remarkably similar. How could such stories be created, and why? Could the collective unconscious memory of humanity hold within it lurking shadows of creatures we once knew? Creatures that today exist only as legend and myth-but could there be more-is there more? Fossil records firmly establish that once there did exist a giant ape-like creature called Gigantopithecus. Scientists have determined that this ape-like creature was between 10 and 12 feet in height and weighed approximately 1,200 pounds. This creature actually did exist, but no one really knows much more about it other than its height and weight, and no one knows anything about its bahavioral characteristcs. Could it have been the ancestor to the Sasquatch of today? No one really knows-nor does it really matter. The simple fact that such creatures did exist at one time makes the possibility of ape-like giants existing today real. "Notes From the Field, Tracking North America's Sasquatch" is a study into this issue. It traverses the possibilities of fossil records and the legends of early man, to the 300 years of personal reports of individuals encountering flesh and blood creatures. This study examines the brief history of the issues as well as the original pioneers from whom became "bigfoot" a household word, and this study looks at recent field discoveries in an attempt to answer the most common "frequently asked questions." For any and all Bigfoot enthusiasts, "Notes From the Field, Tracking North America's sasquatch" is an excellent overview of the issues, beginning with the earliest accounts and moving through recent investigations and the results of recent expeditions. 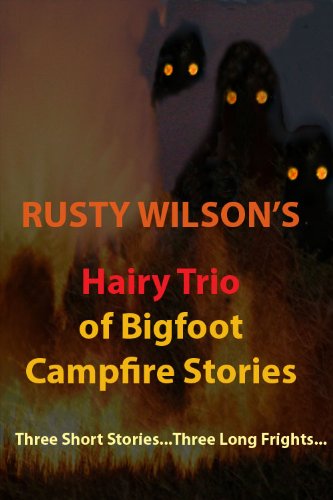 Rusty Wilson’s the kind of guy that if he sees you in town, he’ll buy you lunch. But since Rusty’s rarely in town, instead of buying you lunch, he’d like to give you a huge bargain price on a few of his stories so you can sample the crazy and mysterious world of Bigfoot. These great stories were collected by Rusty from his flyfishing clients around the campfire—and they’re stories you’ll never forget—even if you’d like to!This little ebook has three new tales and two bonus ones from Rusty’s previous books, plus a special sample from a cool Bigfoot mystery—all in all, the equivalent of a 60-page print book.So, even though Rusty’s trying to be generous here, read only if you dare! Or if you want to jump in with both feet and get his full-length books, Rusty has books available as ebooks and also as print books, just do a search on Rusty Wilson Bigfoot. And check out his blog at http://rustybigfoot.blogspot.com/, which also has links to his books.

In Search of Sasquatch 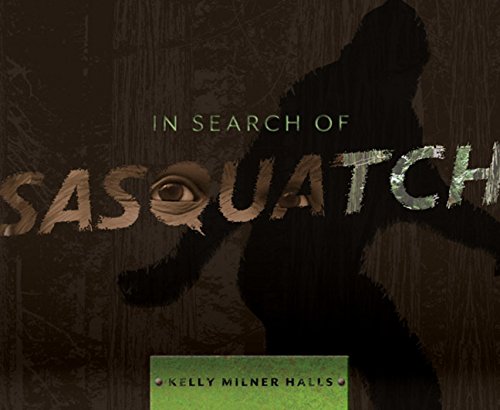 What is Sasquatch? Thousands of people believe in it. Hundreds say they have seen it. But themystery of Sasquatch has not been solved . . .Sasquatch, also known as Bigfoot, is a cryptid—a creature of cryptozoology. Cryptozoology is the study of creatures not recognized by traditional science, and it is the quest to understand things that cannot be proven via ordinary channels. Kelly Milner Halls interviews cryptozoologists, linguistics experts, anthropologists, biologists, and regular people like us who have seen, heard, or maybe stumbled across evidence leading them to believe that Sasquatch is real. Serious Sasquatch seekers are as skeptical as unbelievers. They are not out to collect great stories. They are out to put together facts. The difference is, they are willing to keep an open mind. Do you believe in Sasquatch?

So You Want to Catch Bigfoot? (Judy Moody Movie tie-in) 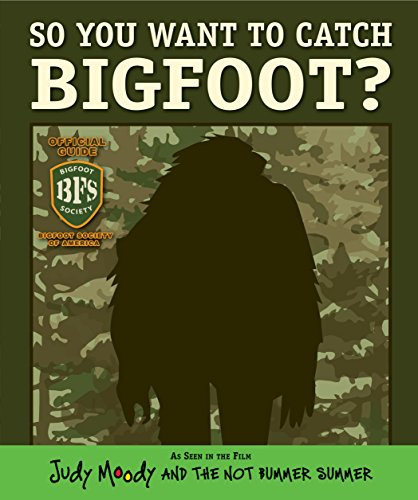 Stink is on high alert when several sightings of Bigfoot have been made in the neighborhood. To assist him in his search for the elusive creature, Aunt Opal gives Stink a copy of So You Want to Catch Bigfoot? Now Judy Moody and Bigfoot fans alike can own a facsimile of this valuable field guide, containing everything you need to know about the furry fugitive, including tips on trapping and releasing your specimen. 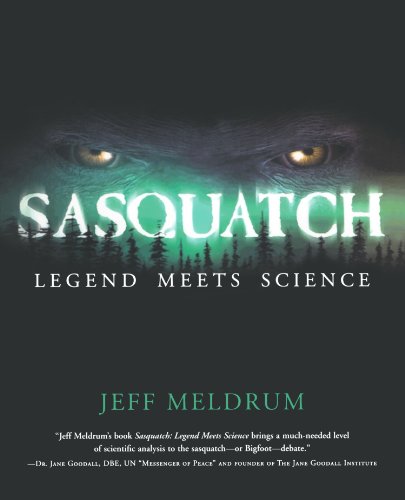 In this landmark work on a subject too often dismissed as paranormal or disreputable, Jeffrey Meldrum gives us the first book on Sasquatch to be written by a scientist with impeccable academic credentials. He gives an objective look at the facts in a field mined with hoaxes and sensationalism. Meldrum reports on the work of a team of experts from a wide variety of fields who were assembled to examine the evidence for a large, yet undiscovered, North American primate. He reviews the long history of this mystery--which long predates the "Bigfoot" flap of the late fifties--and explains all the scientific pros and cons in a clear and accessible style, amplified by over 150 illustrations. Anyone who has pondered the mysteries of human evolution will be fascinated and eager to join Dr. Meldrum in drawing their own conclusion. 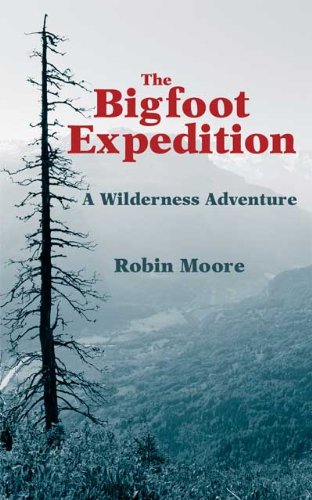 This wilderness adventure novel tells the story of the only successful Bigfoot Expedition in North America. Dr. Morgan Tanner joins a high-tech research team, searching the Pacific Northwest for a 1,000 pound, seven-foot tall creature who walks like a man and has an uncanny ability to melt into the shadows. The team is confident that their wilderness skills and sophisticated technology will lead them to the beast. The question is: What will they do when they find him? For Ages 8 and Up. Parents: This is a great way to stimulate kid's imaginations while thinking about the wonders of the natural world.