At Bigfootgiftstoys.com we understand that a lot of us have more than one passion. This shines through in our catalogue that not only brings you the best Bigfoot action figures but integrates them with other popular passions as well like movies, comics, wrestlers and many more! 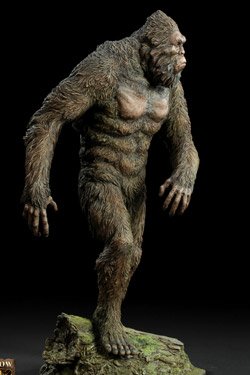 Sideshow Collectibles is proud to present the newest offering in our Sideshow Originals series, the Bigfoot Statue.Capturing the elusive American legend in exacting detail, this high quality polystone statue stands 19 inches tall and is presented in approximately 1:5 scale. Each piece is individually painted and finished to exacting standards, each with its own unique quality and detail that is the trademark of a handcrafted Sideshow Collectibles product. Bringing to life one of the most famous examples of cryptozoology, the Bigfoot statue makes an outstanding addition to any collection.Product Size: 48 x 24 x 28 cm 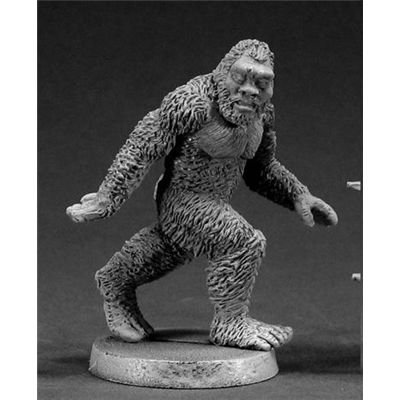 SasquatchSculpted by artist: Jason WiebeChronoscopePlease note: actual base has a larger diameter and isn't completely flat like the base pictured in stock image. Figure measures ~40mm tall plus a ~4mm tall plastic base. 25mm Heroic Scale Non-Fantasy, Multi-Genre MiniaturesTabbed figures on plastic slotted basesUnpainted metal modelThe best choice for modern and sci-fi roleplayers, miniatures painters, and wargamersWhether you're a Game Master who needs more enemies to stock your battlefield, a player who is looking for just the right miniature to represent your character, a wargamer looking to beef up your army, or a hobbyist who is looking for the best in creative and detailed miniatures, Chronoscope is for you!Found in Reaper Miniatures' Category: ChronoscopePlease NoteThis unpainted figure requires assembly. Glue or putty required, not included. 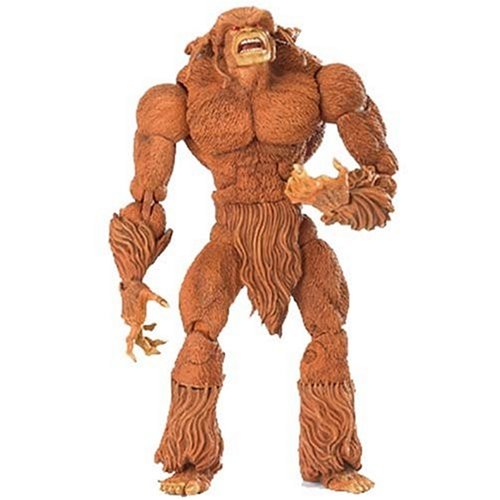 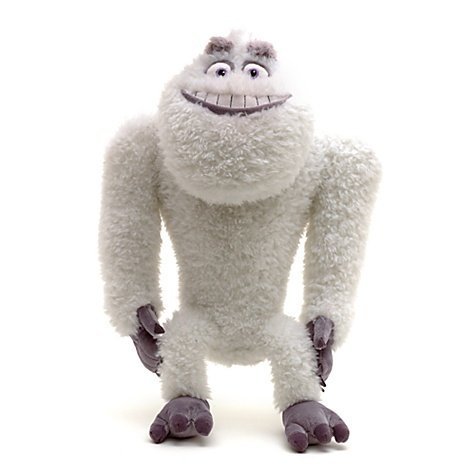 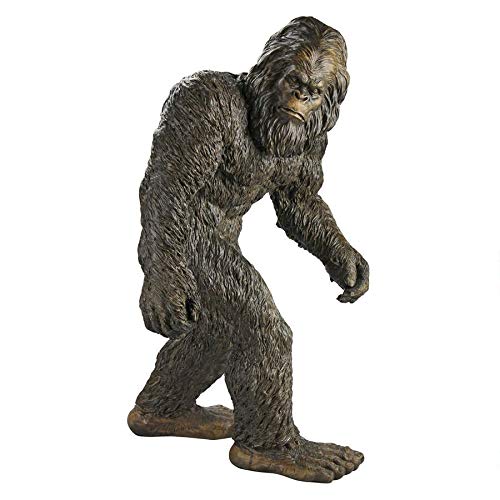 With alleged Bigfoot sightings the world over, from the Himalayas to the Americas, this elusive, mythical legend has been captured for Toscano in a quality designer resin statue and hand-painted for startling realism. With his characteristically big feet, our more than two-foot-tall Bigfoot, the Garden Yeti Statue will have guests doing a double-take as they admire your creative decor style! Available exclusively through Toscano, our Bigfoot, the Garden Yeti sculpture commands a unique presence in home or garden. 19½ "Wx19"Dx28½ "H. 12 lbs. 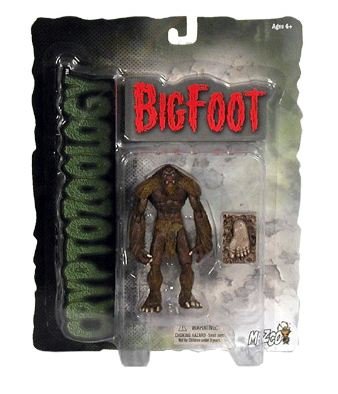 This series of Cryptozoology figures were out for a very short period. Extremely hard to find. Figure is approximately 5" tall and highly detailed. 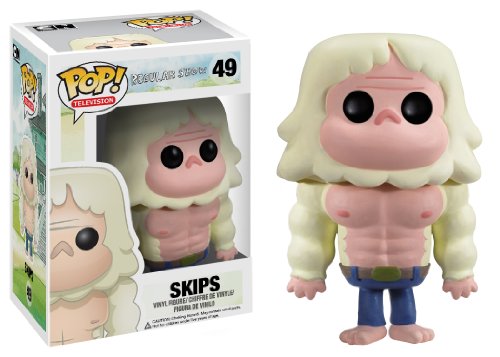 Your favorite groundskeeping yeti from Regular Show has been given the Pop. Vinyl treatment with the Adventure Time Skips Pop. Vinyl Figure. Standing 3 3/4-Inch tall, the supernaturally gifted yeti looks true to form with his pale bulky figure and strange nose. 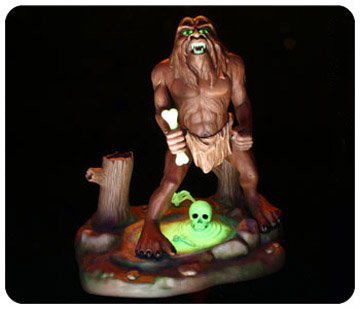 In Search Of? The hunt for the mysterious Bigfoot ends here! With glow in the dark parts, this frighteningly fun kit will allow even the youngest of modelers to track down the creature at night. This creepy kit measures approximately 10 inches tall. The sculpt and parts are highly detailed right down to his fangs. Bigfoot is sure to be a big hit! Kit is molded in brown and glow-in-the-dark; Classic kit released for the first time in over 30 years; Optional glow in the dark parts; and Made In The U.S.A. Paint colors needed: Brown, Flat Military Brown, Flat Black, Flat Red, Gray, Flat Olive Drab, and Green. 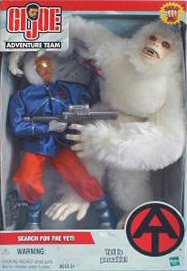 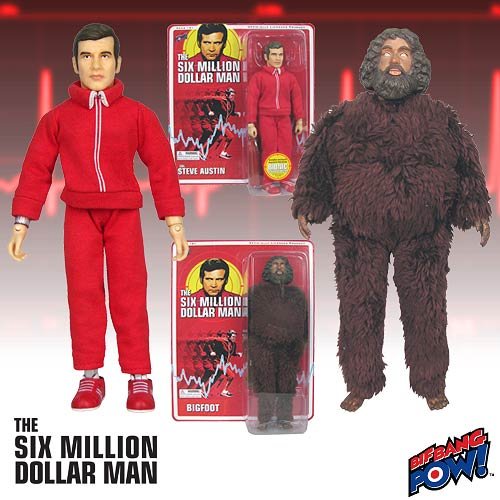 'A man barely alive.' Action figures derived from The Six Million Dollar Man! Multiple points of articulation. Series-true fabric clothing. Retro styling. Each figure includes an exclusive key chain plays 'bionic' sound effects! Better, stronger, and maybe even faster! It's been a long time since the world has seen collectibles of the original Col. Steve Austin, 'a man barely alive,' so Bif Bang Pow! is excited to bring these 8-inch scale Six Million Dollar Man action figures to loyal fans of the celebrated TV series everywhere. Continuing Bif Bang Pow!'s successful partnership with EMCE Toys, these truly unique figures feature multiple points of articulation, series-true fabric clothing, and a retro style that hearkens to the bestselling 'Mego' action figures of the 1970s and 1980s... only better than they were before... better, stronger, and maybe even faster! Ages 14 and up. This set includes 2 individually packaged action figures (subject to change): 1x Steve Austin Action Figure 1x Bigfoot Action Figure Each figure comes with an exclusive key chain that plays 'bionic' sound effects! Requires 3x 'AG3' battery, included. Col. Steve Austin is brought back to life once more in this Steve Austin Action Figure that presents the likeness of actor and pop-culture icon Lee Majors in a bright-red outfit and shoes. This unbelievable figure even has 'bionic' details, plus includes a sound-effect accessory. Standing an impressive 9 5/8-inches tall, the Bigfoot Action Figure spotlights the hulking character featured in multiple episodes of The Six Million Dollar Man. The intimidating protector of aliens from outer space includes silver-metallic eyes, a fur-like suit, and a sound effect. The Six Million Dollar Man is an American television series about a crippled test pilot and former astronaut who is rebuilt with nuclear-powered limbs and bionic implants. Working for the OSI, he serves as a truly one-of-a-kind intelligence agent. 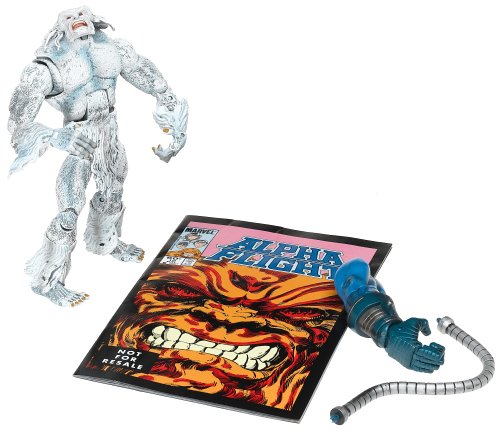 This Marvel Legends Sasquatch action figure is super-poseable with forty-two points of articulation. The figure comes with the regular Apocalypse's right arm and a bonus 32-page comic book. This figure is a variant that is painted white. 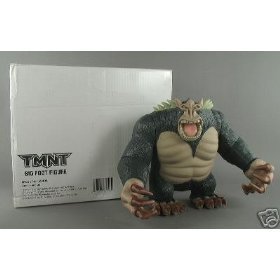